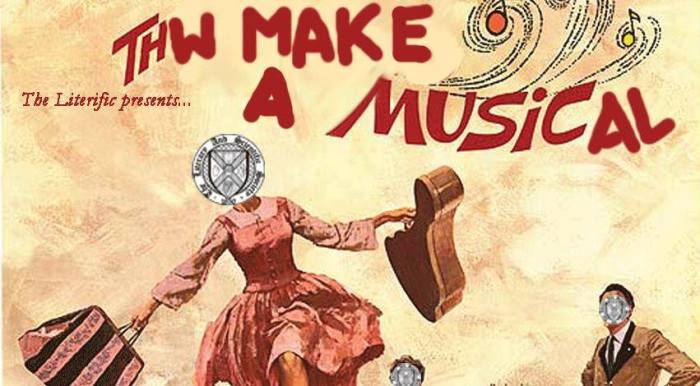 The 16th Ordinary Meeting of the 165th Session of the Literific took place on the 27th of February in the Senate Room. Ciarán Gallagher ended a riff off by starting Bohemian Rhapsody which then turned into a group singing thing with piano played by Henry Adams.

Ciarán Gallagherand Paul Shannon were the proposition. Ciaran had a speech but was interrupted by bagpipes and the arrival of our favourite German Sebastian Eckert. His actual argument was quite good and serious and focused on the uniqueness of musicals and how they consist of wonderful things. Shannon then continued for the proposition. He commented on the shambolic nature of the evening before moving on to his three reasons for supporting the motion, his reasons three. There was singing, logic and observations of the Literific council.

Ben Murphy and Jonny Finlay opposed musicals! Murphy felt musicals contained an unnerving amount of optimism and that they do not reflect life as it is since life can be kind of terrible. Finlay begged us not to waste membership money on a musical that would just end up as gifs on Tumblr. Instead he recommended creating a blockbuster movie, suggested titles being Adam Potter and the Standing Order of the Phoenix or Doctor Whom. Both titles were accompanied by detailed descriptions.