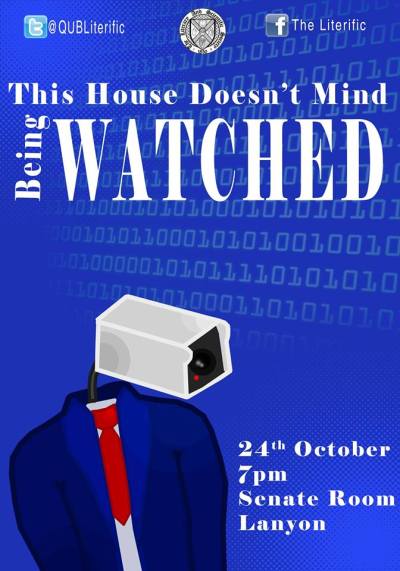 The 4th Ordinary Meeting of the 165th session of the Literific took place on the 24th of October in the Senate Room.

The motion was This House Doesn’t Mind Being Watched.

Ms Evie Netto and Mr Ryan Jones sided with the proposition. Ms Netto argued that safety is a human right that should be taken just as seriously as freedom. She told the House that government surveillance has saved lives and that CCTV is nothing to fear. Mr Jones rationalised that so much of what we do is already in the public domain and that we should take the extra step to allowing government surveillance for our own safety.

Mr George Martin and Mr Henry Adams took to the floor in opposition. Mr Martin explained that he no longer trusts the government and that hem having all our information leaves us in a position to be dominated. He stated if we passed the motion there would be no way to take back our privacy. Mr Henry Adams closed the debate for the opposition. He countered that we shouldn’t be okay with surveillance just because it’s legal as there are many bad laws. He explained that the fact surveillance can be misused and abused is enough reason to not allow it.

Questions were waved and the motion went to a vote.
The motion was defeated.